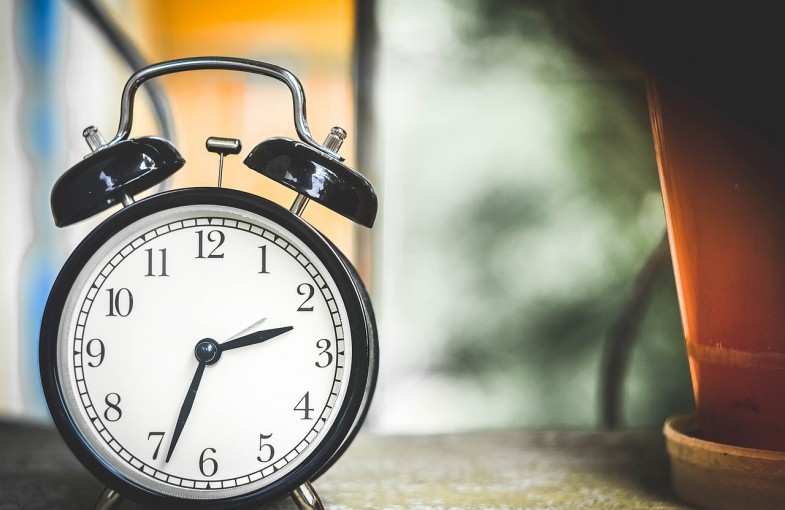 Our Time. Our Renaissance

Money is a creation of government. If you read the first developmental plan of China, “The Great Leap Forward,” it encapsulated plans to move them towards industrialisation, dissociating themselves from the pricing mechanism of the world and we know where they are now. I’m motivated by the discussion I’d with my very good friend a few moments ago and why we both believe the growing inequality in our country, Nigeria and the continent as a whole shouldn’t be swept under the carpet. Inequality in every facet of life is the moral & economic issue of our time.

We are sitting on a keg of gunpowder in this country and I don’t intend to scaremonger. There are eighty (80M) million young Nigerians under the age of thirty (30). There are twenty-eight (28M) million Nigerians unemployed and they are between the ages of 15–55. Of the twenty-eight million (28M), four (4M) are still in school studying (secondary & tertiary education), so it means there is an active twenty-five (25M) unemployed. About ten (10M) million are unemployed and actively looking for a job, then another fifteen (15M) are working less than full time (both secondary school & degree holders).

This is abysmal by any standards and to think that in 1929 at the onset of the great depression, fifteen million (15M) unemployed Americans made their economy moribund should give us a food for thought. I’m gobsmacked getting actionable insights from all of these datasets and I wonder what sort of bills our legislators churn out of their congressional sausage factory. About thirty (30M) million Nigerians say they are satisfied with their jobs of which when there’s an opening anywhere, they are the same set of people that apply again since the employers’ harp on experience. This simply means that the job moves around the same group every time and then.

For every Victoria Garden City/Victoria Island/Lekki Phase 1 that sprout out in Nigeria, there’s an Ikota/Maroko few metres away. This growing inequality needs to be tackled proactively and the consequences of our lethargy mean we would be in dire straits if we aren’t in one already. The essentials such as food and shelter need to be given a priority and a reworked model put in place so our people would start living a decent life and yearn for a better future. These are my thoughts:

There are ninety (90M) million hectares of arable land in Nigeria of which we cultivate on just about forty (40M) million hectares. We need to de-emphasise the concept of subsistence agriculture. I think subsistence is stupid and efficiency is paramount. We need to take many Nigerians out of farming. There’s an American who lives in the Cornbelt of the country and alone, he cultivates on ten thousand (10,000) hectares alone. The cost of his IoT powered tractors is far more expensive than his home. He just sets his tractor rolling and the work is done.

He produces twenty-five (25) tons of corn per hectare. Twenty-five (25) tons x Ten thousand (10,000) hectares = Two hundred and fifty thousand (250,000) tons of corn at the end of harvest and bagging this would give you 1.4 million bags of corn at 50KG each. As an entrepreneur, if you produce cornflakes, you sign a binding contract with Mr Cornbelt even before harvest and boom; you are on your way to glory. For a start, Nigeria needs just 5,000 farmers only for 40 million hectares while the other commodity value chain of handling, storage and processing is being fixed.

After the goods have been bought from Mr Cornbelt, it needs to be transported to the last mile and the cheapest option would have been transporting it by rail. While development on that frontier is ongoing, I think the rate of progress is a little too slow and there are consequences to our slackness. Take for instance Tomato production in Nigeria; 65% of Tomato production gets lost between the farm and the market due to supply chain & logistics dysfunction. It’s currently too expensive to transport goods across the country.

On the Baltic Dry Weight Index, the cost of transporting corn from the United States to Nigeria costs approximately US$12 per ton. Take note, a ton equals (907.1KG). Transporting just a little trailer load of granite from Ogun State to Lagos State costs 50,000 Nigerian Naira. This difference is crystal clear. We didn’t fix this yet; former Nigerian President Olusegun Obasanjo banned the importation of corn and in the process, most of the feed mills in Nigeria shut down and it affected the cost of chicken — an essential protein became very scarce and folks had to smuggle it in thereby creating a black market economy.

Politicking at the expense of seeking real progress hurts. For the rail system, we don’t need to be too ambitious, what we need to do is bring in Narrow Gauge Trains which has gone into extinction but it’s still widely used in Japan. If we buy it, as a cost-saving measure, the manufacturers will offer it to us BOGOF (Buy One Get One Free) merchandise and we would move the citizens from Aba to Zaria without any latency. With this, the rural-urban migration which puts undue pressure on the infrastructure of a major city like Lagos would begin to subside.

Why should twenty (20M) million people live in Lagos? I think it’s lame to even think about even though reeling out such figures seems like an enlivened idea in the minds of present-day politicians. Ogun State needs to be bold and quit its rigmarole. It sure can have a share of the three hundred (300B) Nigerian Naira IGR Lagos State makes a year if it can fix the housing and transport deficit. I’ve no business living in Lagos if there’s a rail service between Abeokuta & Lagos Island for a maximum of forty (40) minutes.

They should tap into this seeming gap and provide affordable housing. It should take at least fourteen thousand (14,000) red bricks to build a three bedroom bungalow; we have laterite as a natural resource to create roofing sheets for it. What do we need to fire it? The natural gas we flare away at Bonny, Finnima and Escravos. The government does not have any business building decking for subsidized houses because it costs at least two (2M) million Nigerian Naira to create a very good deck and it’s not wise-spending. This is a bold move and the Nigerian leadership needs to stop thinking about money to execute projects when in the 21st century, it’s a resource war and we have all of these in abundance.

Just as Franklin D. Roosevelt got ambitious during the Great Depression and connected America by building the Interstates, a 75,000KM road network, we can set the ball rolling too through deliberate and concerted efforts. Our narratives have to move beyond Jonathan vs. Buhari, Amaechi vs. Wike. These variables are null in the true sense of the word. Our China shop is too fragile to let bulls run around and I believe we all deserve a good life.

If the Central Bank of Nigeria could fund the bailout of distressed Nigerian banks whose top echelon got greedy and messed things up, I see no reason why massive investments in infrastructure should take the back-burner. 48 million tons of cement, 35 million tons of asphalt, 6 million tons of steel and a good road network is set and ready in Nigeria. The strategies need to change and why I believe the fiscal is the heart of the deal; we should start thinking of resource first in wanting to clinch the brass ball.

Rather than throw money at every challenge, we should look at the issue of manufacturing for instance. In Singapore, you can rent a big warehouse for the equivalent of fifty thousand (50,000) Nigerian Naira, which isn’t up to the price of a square feet size of anything in Banana Island. As Samuel Atiku proposed, “we can build out 300,000 warehouses (600 square meters each)- using red bricks fired with the flared away natural gas and free laterite — under a national public works programme. We can rent out to manufacturers for as low as N40, 000 per annum to open and encourage the sector rather than continue to throw money at the challenge. All I need to do as a fashion designer is to create a prototype design, test in few shops, get my pricing right, buy 500 sewing machines, rent the warehouse and begin massive manufacturing. We need to ease off the risk of business failure by taking out the cost that makes decisions very difficult.”

There are 187 industrial sectors, and very few can return 20% gross profit. Our bean counters and banks will blame everything possible under the sun except their very own greed of lending out at 26%. No amount of prayer or fasting would make your entreprise succeed when you gross profit at 20% and got a short-term loan at 26%. Few players like Dangote who get an effective tax rate of 4% which is very unfair, who also set the price and determine the inflation rate and would also ensure no one else gets the loan to compete. The establishment needs to be disrupted and competition enshrined. If 65 people get CBN loans of 400 Billion Naira each at 5% for thirty (30) years, tell me if cement wouldn’t sell for 450 Nigerian Naira per bag. To entrust our fiscal & political power to a pre-Magna Carta approach to doing things is as dangerous as giving a child an AK47.

Previous post:
Next Post:
At the Centre of the Storm: Rethinking Engagements in the South China Sea
about the author: Ubong Kingsley-Udoh