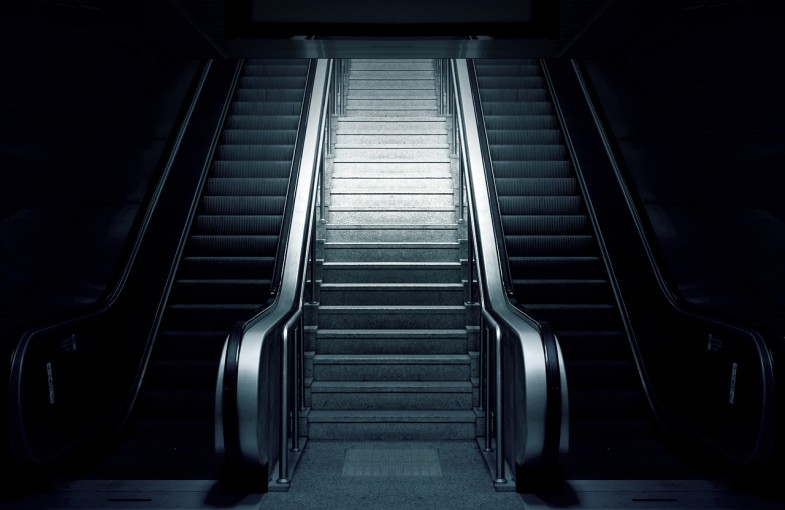 The raving discussions around 5G is a bold step in the right direction in my opinion and I support having first principle conversations on this subject matter. Just last year, the conversations around 5G were largely premised on the United States and China slugging it out on the commercial scene with behemothic corporations like Qualcomm and AT&T withdrawing technological support to Huawei at the behest of the United States government. The Chinese entity, ZTE before then had caved to the demands of the United States Department of Commerce and dumbed down its 5G ambitions to please the powers that be.

1G brought about mobility in technology, while 2G brought us into the digital world. 3G brought about the advent of mobile data, while 4G created the mobile broadband that we use today. 5G is a different generation because of its many uses. 5G is the backbone that powers Artificial Intelligence and Robotics, Virtual and Augmented Reality, and the Internet of Things. There has been “conspiracy theories” linking the current Coronavirus pandemic to the installation of 5G masts. While I majorly disagree with the conspiracy peddlers, I also would like it to be an ongoing conversation so we can all learn from it and maybe understand the reason behind their cynicism.

5G is the network of tomorrow and the network of tomorrow is characterised as much by the technology that underpins it as the innovation it enables. While yesterday’s network was based on capital-intensive hardware implementations, the network of tomorrow is software-based, enabling entities to pliantly setup, change and secure network environments without purchasing and deploying expensive physical devices. Instead, features and capacity can be changed via software configuration. Intelligent automation within the network enables it to deliver a level of performance and reliability that is imperative in an everything-is-connected world.

The network of tomorrow is defined by three tenets (software-defined networking SDN, Network Functions Virtualisations NFV, and Network as a Service NaaS). 5G is more than the promise of a faster network. Mobile 5G will be about more than just speed. It will also eventually bring ultra-low latency – a key enabler for virtual reality, autonomous vehicles and IoT. The successful progression of 5G networks will deepen the human-machine relationship. Artificial Intelligence and human “hybrid intelligence” combines knowledge, flexibility, beliefs, and instincts along with blindingly fast speed and steadiness of machine logic.

Any transformational technology needs time to bake. I remember vividly that TCP/IP, the conceptual model and communications protocol behind the Internet we know today was around for thirty years before it started disrupting legacy industries like retail and transportation. 5G has and will find its moment and our worries will fizzle out. However, there are underlying concerns the introduction of 5G will bring to the fore. Issues bothering on privacy will be rife, cybersecurity will also be a front-burner issue as we begin to adopt 5G at scale, the portability of identities, and the econometrics around how technology is being retailed will be impacted too.

The World Health Organisation has stated that there are no scientific proofs of health hazard associated with 5G. However, epidemiological research over the years has shown that persons living in places where telecommunication masts are erected are vulnerable to disorders like cancer, lung diseases, sleep disturbances, and even physical disabilities. From what I know, the radiofrequency electromagnetic radiation that mobile phones or phone masts transmit and receive is non-ionising and very weak. The non-ionising radiation does not have enough energy to damage DNA and cannot directly cause cancer.

Research into 6G is already underway in Germany, we should begin to ask the right questions. I could hazard a guess that the cynicism isn’t just because of 5G, but because of the apparent lethargy of the political leadership of nation-states. We can premise the argument on making sure that government get to do thorough Environmental Impact Assessments before awarding 5G licenses and supporting innovation in the telecoms industry like passive infrastructure sharing to reduce the number of masts we have per square mile so as to reduce exposures and ensure that telecoms company share resources and compete on the service side of things.

For a business as nuanced as technology, consumers also need to know how much of the product they are a part of. For instance, since the introduction of social networking in the early 2000s, we have always had it for free – from FriendFeed to Facebook, Myspace to Twitter. Maybe, we should be paying for more things, so we can create a vibrant economic business model and the next company will benefit. Paying for more things in technology will have more outcomes like more Netflix than YouTube, more Spotify than Pandora, and it will bring about a higher fidelity signalling and you will feel less lost in a hyper-distractive world.

We are already part of the grand experiment and the cry came a little too late. When you look at secretive government disclosure frameworks in the United States like the VULNERABILITIES EQUITIES PROCESS or the mission the NSA’s elite hacking unit undertakes, known as the TAILORED ACCESS OPERATIONS, you will understand the reason behind the apparent cynicism. Our identities, behavioural patterns, health information has been mined over the years and some of us have been zombified. The best we can do for ourselves is to look inwards and self-preserve just like the Chinese and build insular technological products we can consume.

In a world defined by hyper-capitalism, American technology companies operate like modern feudalists. Innovation has stopped way before the Facebook and Amazon of this world came on board, and in the absence of something exogenous, the amount of innovation will continually dwindle. For example, it took us eighteen months to build the Empire State Building in New York. It took us three years to build the Golden State Bridge in California. It took us four years to build the Third Mainland Bridge in Lagos. These days, extending a 10KM road takes a minimum of seven years to complete.

In the midst of these machinations, let’s ask ourselves a more poignant technology-focused question. Why is it that in the last thirty to forty years, we have not been able to disrupt the semi-conductor business which is still led by INTEL & NVIDIA irrespective of newfangled ideas like Artificial Intelligence, and Big Data etc.? Yet, we know that chips are at the heart of the computing experience. If BlackBerry was an American invention, would software developers in Silicon Valley have quit building apps for the BlackBerry store when they knew fully well it was a battle of ecosystems and not that of devices?

Moving into the fourth industrial revolution, I would rather be focused on issues like the race problem with Artificial Intelligence and how Machines are learning to be racist as opposed to giving credence to conspiracy theories (though their cynicism is valid). I would be focused on the regulation and protection of our data and the adoption of “privacy by design” which is a foundational model for data management, which says that privacy is the default that your data belongs only to you and, if you give it away, it can only be used for a specific designated purpose. Lobbyists for big technology firms like Facebook and Google don’t want this to happen and it’s left for the political leadership to read them the riots acts.

What’s imperative at this juncture is to create the right conditions for 5G innovation to flourish. I believe that 5G will ultimately be the “yes, you can” network – regardless if you are a global enterprise, government agency, educational institution, small business or consumer. While I believe it’s of utmost importance to self-preserve, pass laws to guide its adoption as we deem fit, conduct Environmental Impact Assessments before 5G licenses are issued, 5G environments will foster innovation and would be the backbone for tomorrow’s unforeseen inventions.

Previous post:
Weak Signals of a New High Modernism Next Post:
The Student Visa Uncertainty in the Trump Administration
about the author: Ubong Kingsley-Udoh

One Response to 5G & COVID-19 Conspiracies